Skip to content
The NICE approval of fingolimod yesterday has nothing to do with the ongoing safety review that the EMA is carrying out in relation to the unexplained sudden deaths that have been reported in PwMS taking fingolimod.

For more details see the EMA Q&As document: “What is the problem with Gilenya? On 12 December 2011, the company that markets Gilenya (Novartis) informed the Agency of the unexplained sudden death of a patient in the United States of America within 24 hours of taking Gilenya for the first time. Six other cases of unexplained death had been reported, three of which were sudden. In addition, other reports included three deaths due to heart attack and one due to disruption of the heart rhythm. Currently it is not clear whether these were caused by Gilenya or not. At the time of its authorisation, no cases of sudden or unexplained death had been reported in studies with Gilenya. However, it was known that treatment with this medicine caused a transient bradycardia (a decrease in heart rate that is short-lived) and might be associated with atrioventricular block (a type of heart rhythm disorder). Warnings on these effects were included in the medicine’s product information and on the need for doctors to observe patients for signs and symptoms of bradycardia for at least six hours after the first dose (or when the last dose had been administered more than two weeks earlier).”

“I have been informed that the EMA has deferred their final review by a month.” “There has been a lot of comment on this blog about fingolimod’s risks without reference to the potential benefits of the drug. As comments can be posted anonymously on this blog I am concerned that these could be from competitors who have an axe to grind.” “We need to be careful and not throw out the baby with the bath water. Fingolimod is an effective drug and partially plugs an unmet need for PwMS. In addition, it is currently in phase 3 development in PPMS and there are follow-on compounds that potentially have a better safety profile. If the sudden deaths are due to MS and not fingolimod we need to know this. It would be a great tragedy if fingolimod was pulled from the market without definitive answers; the biggest losers will be PwPPMS.” 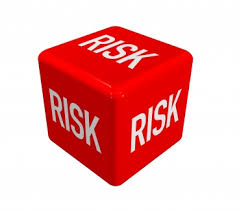 “MS is a bad disease and all emerging treatments will have adverse events and potentially life-threatening ones. If the latter are uncommon or rare it will be up to the PwMS to make a call on whether or not they want to take a risk of being on the drug. I don’t think the EMA should do that. If there is a risk of sudden death, we need to know what that risk is and are there any predictive factors that can be identified to mitigate those risks.”
“We need to let common sense rule the day.”
CoI: Multiple