Skip to content
#MSBlog: Reversible cognitive impairment in MSers is associated with inflammation!


Background: Acute inﬂammation is associated with cognitive deﬁcits and alterations of cortical plasticity in MS.

Conclusion: These results suggest that cognitive and synaptic plasticity deﬁcits may be rescued during high-dose IFN beta-1a treatment in newly-diagnosed RRMSers with Gd+ve lesions. 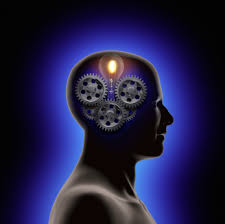 “As always this study’s findings will need to be reproduced. Despite this the findings in this study are very, very interesting.”


“These findings would support the concept of a cognitive relapse, i.e. an attack when the predominant symptoms is a drop off in cognition (memory, calculation, visuospatial function  etc.). I have seen several MSers presenting with cognitive relapses. The latter are presumably due to lesions occurring in a specific location. Another factor that may seem more likely is that inflammation produces soluble mediators, or cytokines, that affect the function of neurones more globally to reduce cognition and that when the inflammation is resolved the global  neuronal dysfunction recovers and the cognition returns to normal.”

“It may be worth exploring these phenomenon in more detail.”

Other posts of interest on this blog in relation to cognition: