#MSBlog: Is MS shredding your brain?


METHODS: Forty-one MSers with PPMS, 60 MSers with RRMS, and 415 HCs were recruited in a cross-sectional study. Controls were divided into 20 groups according to age, sex, and education level. Participants were assessed with a large battery of neuropsychological (NP) tests

RESULTS: MSers with PPMS had worse NP scores and were more impaired in cognitive domains than patients with RRMS. After controlling for Expanded Disability Status Scale score, the results remained unchanged.

“If you have PPMS you may not want to know this. Unfortunately, this is the harsh reality of a unpleasant disease.”

“I have been watching the TV series West Wing. President Bartlett (played by Martin Sheen), who has MS, refers to MS shredding his brain. I wonder what made Aaron Sorkin, the writer, come up with this analogy?”

“What is critical in the future is that these sorts of studies are done with MRI to determine the extent of cortical involvement. It is not surprising that cognitive dysfunction is not linked to EDSS; the EDSS is strongly biased towards walking or motor impairment.” 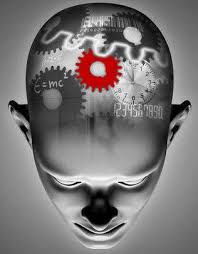 Methods: Participants were 98 MSers who underwent magnetic resonance imaging and were tested with the Symbol Digit Modalities Test and the Neuropsychiatric Inventory, the latter providing measures of depression and euphoria that can be characteristic of MS, that is, cheerful indifference and disinhibition. Personality traits were assessed with the NEO Five Factor Inventory. They then examined the correlation between personality traits and both GMV and symptoms, and then modeled mediation and moderation influences on the relationships between GMV and cognitive/neuropsychiatric features.

Results: Linear regression modeling revealed that GMV (r = 0.54, p < .001) and NEO Five Factor Inventory low conscientiousness (r = 0.36, p = .001) were associated with cognitive function, but no mediator or moderator effects were observed. However, conscientiousness mediated the relationship between GMV and symptoms of euphoria (p = .002). The moderator analysis revealed a significant influence of high neuroticism on the GMV-euphoria relationship (p = .029).

Conclusions: Low conscientiousness and high neuroticism are associated with neuropsychiatric complications in MS, and each influences the relationship between GMV and euphoria. The findings suggest that MSers with low conscientiousness are at higher risk for MS-associated cognitive dysfunction and neuropsychiatric symptoms, a conclusion that has implications for the emerging role of personality in clinical neuroscience.

“Not sure if you can extrapolate these results to individual MSers. Nevertheless they are interesting and suggest that personality may influence the neuropsychiatric complications of MS.”

One thought on “Cognitive impairment differs between PP and RR MSers”