BACKGROUND: Prognostic counseling in MS is difficult because of the high variability of disease progression. Simultaneously, MSers and physicians are increasingly confronted with making treatment decisions at an early stage, which requires taking individual prognoses into account to strike a good balance between benefits and harms of treatments. It is therefore important to understand how MSers and physicians estimate prognostic risk, and whether and how these estimates can be improved. An online analytical processing (OLAP) tool based on pooled data from placebo cohorts of clinical trials offers short-term prognostic estimates that can be used for individual risk counseling.

OBJECTIVE: The aim of this study was to clarify if personalized prognostic information as presented by the OLAP tool is considered useful and meaningful by MSers. Furthermore, they used the OLAP tool to evaluate MSers’ and physicians’ risk estimates. Within this evaluation process they assessed short-time prognostic risk estimates of MSers (final n = 110) and their physicians (n = 6) and compared them with the estimates of OLAP.

CONCLUSION: While the OLAP tool was rated understandable and acceptable, it was only of modest interest and did not change MSers’ prognostic estimates. The results suggest, however, that MSers had some idea regarding their prognosis and which factors were most important in this regard. Future work with OLAP should assess long-term prognostic estimates and clarify its usefulness for MSers and physicians facing treatment decisions.

“I think this study’s conclusions misses the point; surely it is about choice and not competition between physician-delivered vs. the online risk-tool? Having access to both is what is important.”

“Some MSers have no idea about how good or bad their MS is. In some cases MSers are deliberately given incorrect information by patronizing neurologists who want to protect them from bad information; i..e. you have benign MS and don’t need to worry about anything at the moment. That is all well and good if the MSer in question turns out to have benign disease 15 years later, but what happens if they don’t and by the time they see you their disease has advanced to a point where the therapeutic window to derive the maximum benefits of early treatment has closed? May be neurologists should be using this online tool; may be they would reconsider the advice they give MSers?” 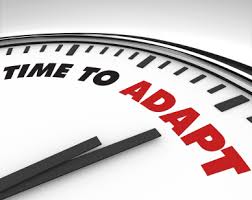 Other posts of interest in relation to online risk calculators:
Multiple Sclerosis Research: Online MS severity calculator
16 Oct 2012
Online MS severity calculator. Hughes et al. MS Curves: a new online tool for assessing MS severity using the MSBase Registry. ECTRIMS 2012. Background: The wide heterogeneity in disability for MSers creates a challenge …
http://multiple-sclerosis-research.blogspot.com/
Predicting MS disease course using a web-calculator – Multiple …
09 Feb 2013
BACKGROUND AND PURPOSE: The Evidence-Based Decision Support Tool in Multiple Sclerosis (EBDiMS) is the first Web-based prognostic calculator in multiple sclerosis (MS) capable of delivering individualized estimates of disease … They don’t make sense – and even less so in the hands of the concerned, recently diagnosed or easily panicky – if they mean as much for real life quality as those online horoscopes where you can calculate your hour of death.
http://multiple-sclerosis-research.blogspot.com/
Pecha Kucha: towards a disability calculator for people with MS
17 Jul 2011
Pecha Kucha: towards a disability calculator for people with MS. “This following video is an …. I like the idea that Shift MS can become an online cultural magazine that has MS at its core. ReplyDelete. Desi Kid Thursday, July …
http://multiple-sclerosis-research.blogspot.com/

One thought on “Prognostic risk estimates in MS”