Skip to content
Is EBV the cause of MS? #MSBlog #MSResearch

“Having been here from the beginning I incorrectly assume that all our readers would have gone back and read all our previous posts. How could they have there are now over 2600 to read. This paper has been covered before, but it is a very important paper. It shows that in EBV-negative people who go onto to develop MS, 100% of MSers EBV positive prior to the onset of MS compared to only 36% of control subjects. Why is this important? To claim that EBV causes MS you have to show a clear temporal pattern, i.e. of being exposed to the virus before the onset of  the disease. I have also covered causation theory on this blog and this is one of the criteria you need to fulfill to claim that X causes Y, in this case EBV causes MS.”

“I personally think there is enough evidence to claim that EBV causes MS. To prove this we need to show that if you prevent people being infected with the virus we prevent MS. This is easier said than done and can only really be done with an EBV vaccination study at a population level. Another option is to target EBV, with anti-viral drugs, and if this reduces MS disease activity it will support EBV as the cause of MS. This is the primary aim of the Charcot Project.”

Methods: A nested case-control study, was conducted, including 305 individuals who developed MS and 610 matched controls selected among the >8 million active-duty military personnel whose serum has been stored in the Department of Defense Serum Repository. Time of EBV infection was determined by measuring antibody titers in serial serum samples collected before MS onset among cases, and on matched dates among controls.

Conclusions: The investigators’ concluded that MS risk is extremely low among individuals not infected with EBV, but it increases sharply in the same individuals following EBV infection. 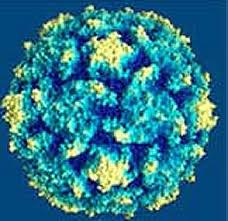 “Did you know that almost all highly-effective DMTs target B-cells the cells where EBV resides? I have been trying for years to get EBV biomarkers added into clinical trials to test the hypothesis that these drugs are working via an anti-EBV mechanism. Unfortunately, it seems as if Pharma are not interested in proving their drugs work in this way. Why would they? This would simply lower the hurdle and open the door for anti-viral studies.Why would we want to kill the goose that is laying the golden eggs?”

6 thoughts on “EBV infection precedes to onset of MS: articles of Interest (16)”