Skip to content
Are you a heavy coffee drinker? #AAN2015 #MSBlog #MSResearch

“I was at a meeting yesterday and the discussion centred around risk factor for Parkinson’s disease and whether or not any of these were applicable to MS. The study below being presented at the AAN shows  that coffee consumption is protective and reduces your chances of getting MS.”

“I am a bit of a caffeine junkie myself; mainly to keep my sleep deprived brain alert and functional. I must consume about 8 shots of  espresso before mid afternoon; the upside is I am protecting myself from getting neurodegenerative diseases, MS included. Jokes aside, there is interesting biology here and we really need to find out if the association is causal. Does caffeine really reduce your risk of getting MS because it has immunological or neuroprotective effects, or is it simply associated with a genomic or another environmental risk factor for MS. For example, some of the genes linked to MS susceptibility may simply increase your chances of drinking and liking coffee. The only way to sort this out is to get into the lab and do some basic experiments or to do an interventional study. The other thing to remember is that it may not be caffeine the active stimulant in coffee that is responsible of the effect; coffee has a large number of other active ingredients that may be responsible.”


“Well done to Ellen Mowry and her team; a very well done study and very interesting.” 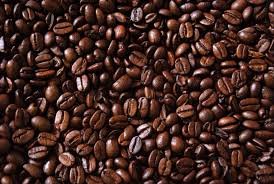 OBJECTIVE: We sought to determine if coffee consumption is associated with MS risk.

BACKGROUND: Previous studies on caffeine consumption and MS risk have been inconclusive. Caffeine intake has been associated with reduced odds of Parkinson’s and Alzheimer’s diseases and thus may be neuroprotective.

DESIGN/METHODS: Using two population-based case-control studies (a Swedish study of 1,629 incident cases and 2,807 controls, and a Kaiser Permanente Northern California (United States) study of 584 prevalent cases and 581 controls), the association of coffee consumption prior to disease onset with the odds of MS was evaluated in multivariate unconditional logistic regression models, adjusted for potential confounding factors, including (but not limited to) age, sex, smoking, body mass index, and sun exposure habits.

CONCLUSIONS: High coffee consumption is associated with reduced odds of MS. Caffeine has neuroprotective properties and seems to suppress the production of proinflammatory cytokines, which may be mechanisms that explain the observed association.

12 thoughts on “AAN 2015: Coffee consumption protects you from getting MS”