Skip to content
Challenging the dogma is something we need to do more often, or not? 😉  #ResearchNews

Summary: This post describes the pathology of the very early MS lesion now known as the Prineas lesion. In these lesions, there is a massive death of myelin producing cells, called oligodendrocytes, by a process of programmed cell death. The death of these cells appears to occur before T and B cells have arrived in the lesion. What is killing these cells? Does this study slay the dogma that MS is an autoimmune disease?

We have recently been criticised for not covering pathology papers on the blog. Apologies, I agree this is an oversight from our side. None of us are card-carrying pathologists; DrK has the most experience and runs a research group looking at MRI-pathology correlations. Dr Love (who we need to get to do some more writing for us) works in the brain bank at the Free University of Amsterdam and has published extensively on MS pathology. Then we have Mouse Doctor 1 and Mouse Doctor 2 (Thing 1 and Thing 2); they are very good at doing EAE pathology and are also very good at spotting bad research, dodgy data and its over interpretation. 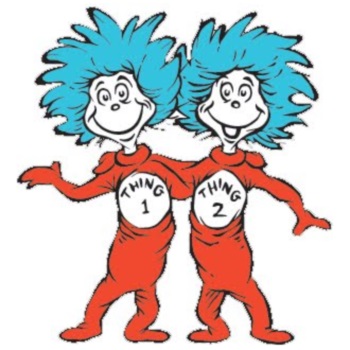 One of the most important studies in the field of MS pathology was published in 2004 describing the hyperacute MS lesion, which has subsequently become known as the Prineas lesion after the senior author of the paper, John Prineas, an MS pathologist based in Sydney, Australia. Professor Prineas has made many several seminal observations in MS and is one of my MS heroes.

This Barnette-Prineas paper really challenges our understanding of MS and challenges the dogma. They describe the pathological postmortem findings in 12 patients with RRMS who died during or shortly after the onset of a relapse. Changes not previously associated with the formation of new symptomatic lesions were observed in 7 cases, i.e. extensive death of oligodendrocytes (the cells that produce myelin) by a cellular process called programmed cell death or apoptosis*, and the extensive activation of another population of resident inflammatory cells called microglia (tissue scavengers).

The most remarkable observation was that there were very few or no lymphocytes in these lesions. Lymphocytes are the cells that are thought to drive autoimmunity and enter the brain and spinal cord from the peripheral blood.

If these lesions don’t have T & B cells in then what is causing the death of the oligodendrocytes?

Prior to this paper it was believed that the first events in new MS lesion formation were orchestrated by lymphocytes. This dogma arose from observations in the animal model of MS called EAE (experimental allergic encephalomyelitis); it is now very clear that MS is not EAE.

The famous 17-hour lesion above, is visible in the critical part of the brain called the medulla; the part of the brain that controls vital functions like breathing. The reduction in myelin in the lesion on the left appears pale, or almost white. Compare this to right side where the normal myelin stains blue. In the high-power picture below we see the myelin producing cells, oligodendrocytes, showing the characteristic signs of programmed cell death or apoptosis. There is a lack of lymphocytes in this area of the lesion.

What is killing these oligodendrocytes? Could it be a virus? Is the influx of lymphocytes that are seen in older MS lesions a secondary response to the inciting agent? Too many questions and not enough answers. This paper challenged, and continues to challenge, current dogma and raises serious questions about the hypothesis that MS is an autoimmune disease. I for one don’t believe MS is a primary autoimmune disease; I prefer the viral hypothesis and that the inflammation we see in MS is a secondary response to a virus. This paper has been very controversial and the world’s pathologists still can’t agree on the interpretation of the findings. The paper has been criticised by some very eminent pathologists, whereas other have kept a very low profile and not openly expressed an opinion. Why?


* apoptosis /ap·op·to·sis/ (ap″op-to´sis) a pattern of cell death affecting single cells, marked by shrinkage of the cell, condensation of chromatin, and fragmentation of the cell into membrane-bound bodies that are eliminated by phagocytosis. Often used synonymously with programmed cell death. apoptot´ic

The study describes the clinical and pathological findings in 12 patients with relapsing and remitting multiple sclerosis, who died during or shortly after the onset of a relapse. Pathological changes not previously associated with the formation of new symptomatic lesions were observed in seven cases, namely, extensive oligodendrocyte apoptosis and microglial activation in myelinated tissue containing few or no lymphocytes or myelin phagocytes. No current laboratory model of multiple sclerosis, in particular, experimental allergic encephalomyelitis, is known with these features, which raises the possibility of some novel process underlying new lesion formation in multiple sclerosis.

29 thoughts on “#ResearchNews: could the Prineas lesion be due to a virus?”